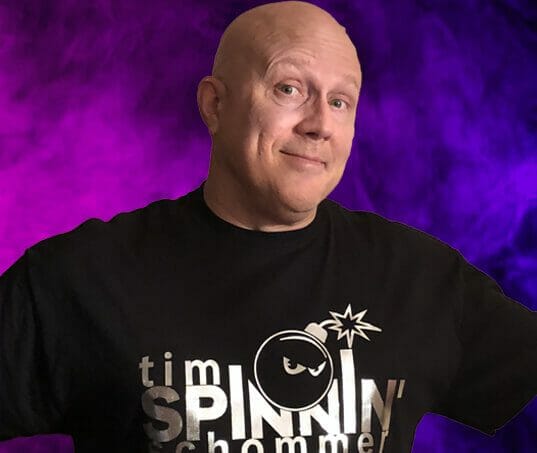 Tim Spinnin Schommer’s in the Mix … and He’s Got It Goin’ On! That’s been a staple in Freestyle since 1989 when Tim Schommer hit the air waves on Chicago’s B96! Tim’s been rocking crowds for years … even before that! Let’s go back to 1978 rocking “the Club” a teen club in Madison, Wisconsin then the Stone Hearth a staple in the Madison Club scene.

When an offer came from Chicago to mix and over see a handfull of Clubs owned by Ballys 2 weeks later Tim became a chicago-in. Then a Club called the Snuggery … When approched by Chicago legend Julian “Jumpin’” Perez to join the B96 mix masters, a crew that he was putting together with Bad Boy Bill, Brian HitMix Middleton and Mike Hitman Wilson, He jumped at the chance. A gig that lasted 16 years, not only as a mixmaster but also an on air personality. “All I want to do is Mix.”

Now, Still … Tim can be found Hosting, Mixing, and Rocking Clubs, Facebook and a Party near you! Tim Spinnin’ Schommer’s in the Mix … and He’s Got It Goin’ On!! ….. Boom!

For the Latest news & Updates